Home Blog Trekking In Nepal Himalaya Where is Nepal

As a citizen of a landlocked country “Nepal” located within the folds of the Himalayas mountain range that does not produce missiles, no crude oil, no terrorism, no metro cities like in the first world, introducing my origin is interesting! “Oh, where is Nepal”?  The funniest part is when people know Mt Everest as the highest peak in the world but not the country where it belongs?

Imagine mountains, indigenous people living with nature-worshipping mountain gods, trees and rivers, where there are villages at altitude as high as 4500mtr altitude, people have to wait for the clouds to drift away to see the next village, far from the sights and sounds of the modern cities and world, Nepal a sovereign independent country with an area of 147,181 square kilometers 41st by Population and 94th by area.  It is located at 27° 42′ 6N and 85° 19′ 14E.

We are sadly landlocked sharing open border with India to the south, east & west and the greater Himalayan border with China (Tibet) to the North.  Being sandwiched between the two great civilization and culture it is no surprise that in the geographical vicinity some diffusions resulting in synonyms is found, however keeping aside that small percentage Nepali population, in general, are distinct even within due to various ethnic background and one thing that binds them all is their common life evolved in the mountains from high to low commonly known as “Terai”. 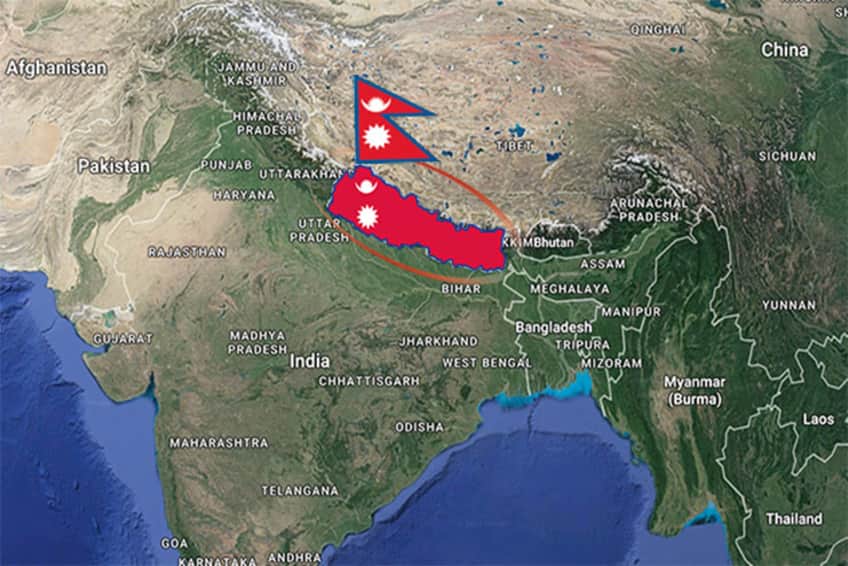 Nepal is an independent country in South Asia

The Himalayan mountain range is very long expanding from east to west, so to say northeast India in the east to Afghanistan in the West and Geographically is located in the middle where the mountains are ferocious and competing with the clouds on their height.  Because the Himalayan mountain range is large and in this context there is this misconception amongst few that is Nepal a part of the big Indian subcontinent? While India was colonized by the British, Nepal always remained an independent sovereign country.

Geographically we are home to 8 out of 14 highest mountain peaks in the world.  Nepal is also the birthplace of Lord Buddha. So where is it in Asia? Nepal is slightly larger than 1.5 times the size of Portugal.

Imagine Kathmandu valley the countries capital, is the largest valley with only 49km2. Which is roughly 30-minute drive east to west. The rest of the land is covered by hills and mountains. You will be amazingly surprised If you imagine the formation of Nepal and the world’s tallest mountain. Watch this amazing HD video for your clear idea of how Nepal Himalayas was formed.

“NEPAL”, the only country with a Triangular National Flag.

It is not Naples, Napales, or any other search word people use to google! 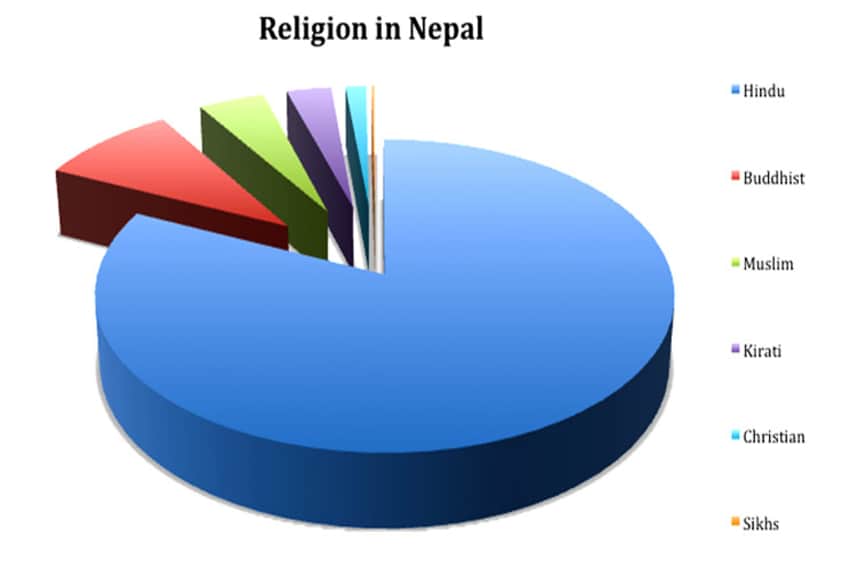 Based on the reported census 2011 over 120 languages are spoken in Nepal. 44.6% of the total population in Nepal speaks the Nepali language which also stands as our National language. The detail provided below in the graph. 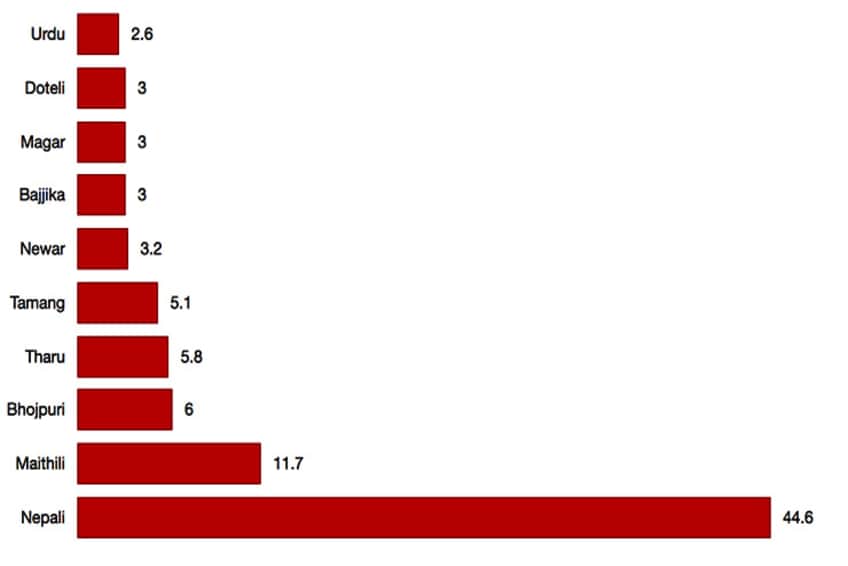 I hope that we answered your question adequately in this post? You can find out more about the Nepal travel guide here. If you have any more questions or if we missed something, please, feel free to leave a comment below! Share with your friends! they may be pondering on the same topic as you are! We would also appreciate it if you could give us a rating below