The center, primary, and south peaks are situated in Taplejung, Nepal, while the north peak lies in Sikkim India.  A portion of the region shares with Bhutan. A large part of the mountain is covered with snow glaciers feeding through a vast network of rivers in both Nepal and India’s side.  The principal rivers are the Sapta Koshi River in Nepal and the Tista River in India. However, major climbing peak routes and best trekking trails, including the Kanchenjunga trekking, lies on Nepal’s side. 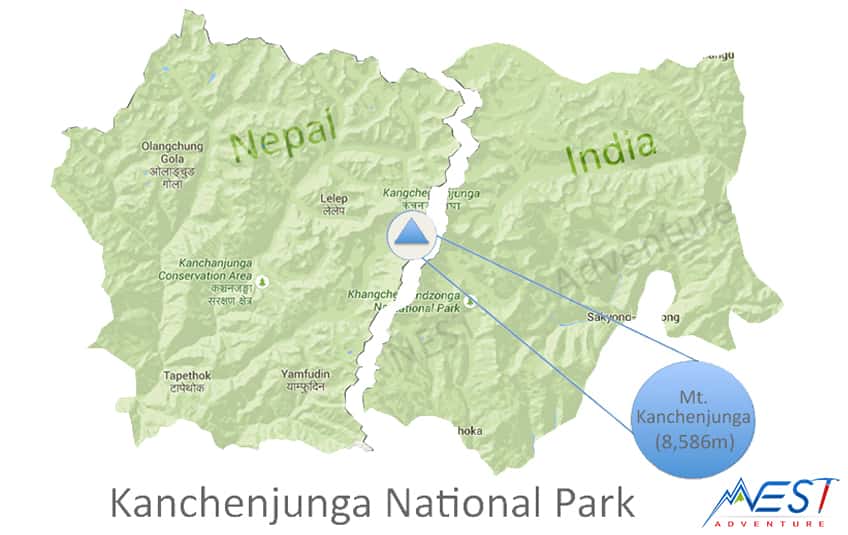 The National Park is shared between the three countries Nepal, India, and Bhutan. Of the 22,000 km2 covered by the park, 14,000 km2 lies in India, 3,700 km2 in  Nepal, and 4,600 km2 in Bhutan. The National park is considered one of the most important ecological sites with unique flora and fauna.  This is due to the climate that could vary significantly from tropical to cold alpine weather just within 100 kilometers. Kanchenjunga is also home to more than 1500 species of mammals, reptiles, amphibians, birds, and insects. The most notable animals living here are the snow leopard, red panda, takin, blue sheep, serow, Himalayan musk deer, Himalayan tahr, tiger, and Asian elephants.  Because of this, the region has over 20 protected areas.

The Kangchenjunga Conservation Area lies in the Taplejung district in Nepal bordered by Sikkim (India) in the east and Tibet (China) in the north. Rocks and ice cover approximately 65% of its area, while the remaining 35% is covered by forests (14.1%), shrubland (10.1%), grassland (9.2%), and agricultural land (1.6%). The area is well known for its three river valley: the Simbua Khola, the Ghunsa and the Tamur valleys. One another useful Kangchenjunga Transboundary Conservation and Development Initiative in the Hindu Kush Himalayas
Prepared by Pratikshya Kandel and Nakul Chettri 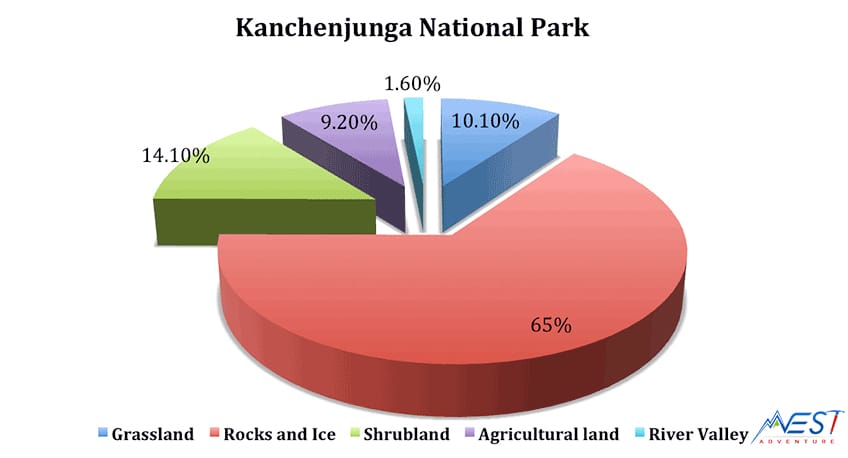 Mt. Kanchenjunga has four climbing routes, – three of which are in Nepal (South West, North West, and North East) and one from India (North East Sikkim).  The North West and South West climbing routes are regarded as the safest route but not necessarily the easiest. In climbing history, these two routes are the most popular.  The North East climbing route from Sikkim recorded only three successful summits to date.  It is worth noting that the Indian government has now banned expeditions to Kanchenjunga. Therefore, this has currently, since 2000, closed to the public. 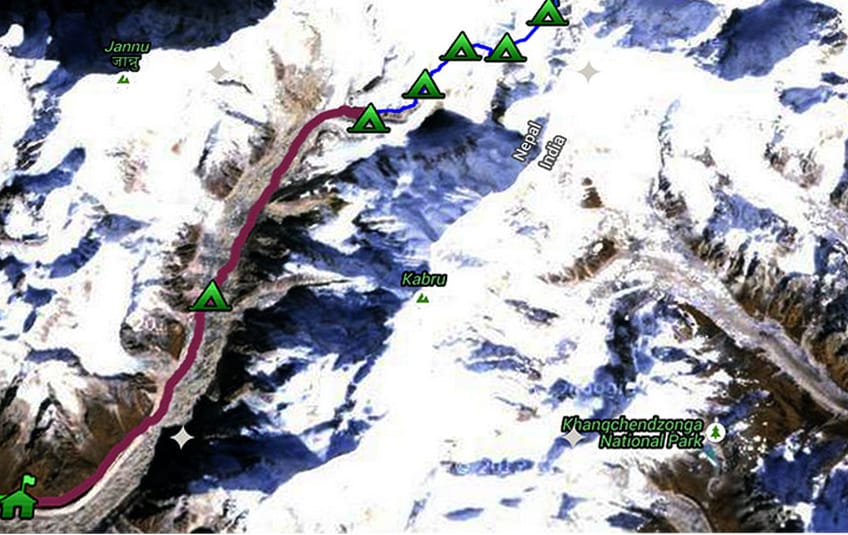 Did you also read?

If you find this post helpful, we would appreciate it. You can give a rating below. Or If you may have any questions, please leave us a comment below