No doubt, Manaslu Circuit Trek is now one of the best trekking destinations in Nepal. It had proved itself as an ideal alternative to Annapurna Circuit Trek. The main reason behind its popularity is its natural beauty and unspoiled culture that resemble Tibetan People. Monastery, People, and Mountain are the best part of Manaslu Circuit Trek. Slowly road is approaching deep inside Manaslu as before it was up to Arughat; however, now days quickly, one can drive to Soti Khola. Similarly, at the endpoint of the circuit also there is a rapid road project being carried out. Tsum Valley side Trip during Manaslu trek can be the lifetime experience.

One can easily save a couple of days after entering on Annapurna Region at Dharapani. Most of the periods of the year, there is stand by local jeeps that might or might not be available during monsoon periods. 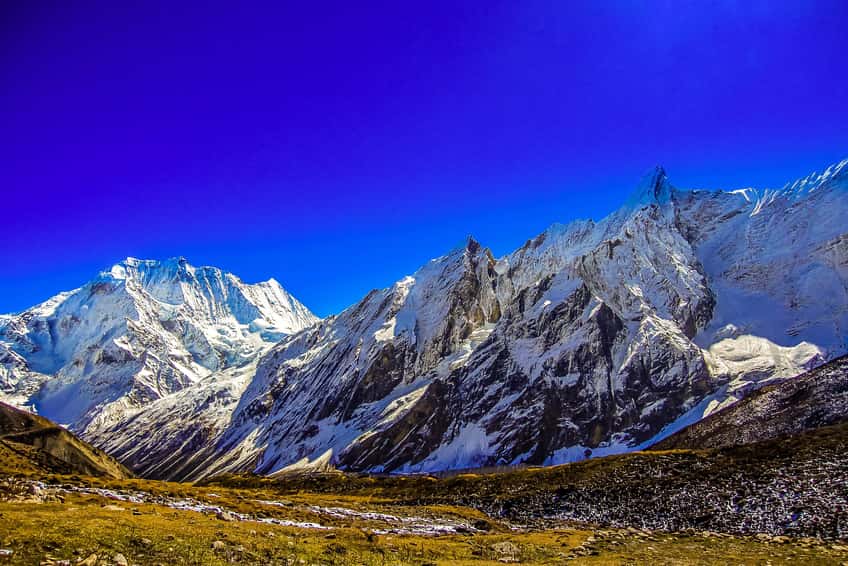 After entering the restricted region, a very first-day trail gets separated toward Manaslu Larke Pass and Tsum Valley. Tsum Valley lies on the rain shadow of the Ganesh Himal Region on the northeast of Manaslu. It is the best alternative as a side trip during Manaslu Trek. One needs to allocate seven to eight more days for Tsum Valley.

Centuries-old Tsum Valley forces us to think that whether the time had forgotten to passes by cause it looks extra old and ethnic in all aspects. The lifestyle of people is very primitive. The monastery accompanies each village. Gumba Lundang is isolated far from the settlement that hosts few female monks. Apart from the famous Gumba Lundang Rachen Gompa and Mu Monastery are the best monk schools in the world. We can see several small kids on red lama dress studying hard to become a monk in the future.

The animal is not allowed to kill within the territory of Tsum; however, one can consume meat brought out of Tsum. Rest day on Gumba Lundang can be utilized to explore the Ganesh Himal Base Camp area along with Ganesh Kunda that is most popularly known as Ruby Valley Trek. In several places, there are Chortens and long Mani Wall. Milarepa Cave in Lama Gaon is worth to explore where Guru Padmashamva had meditated. Highest elevation that we can gain in Tsum range 4200 m from sea level from where we again descend back to Ghum Bridge and continue to Manaslu.

No doubt, there is now a large room for acclimatization for trekkers. Instead of Manaslu and Tsum in one trip single, Tsum Valley Trek might be another choice instead of high passes of Manaslu. Recently some excavators are brought to Tsum through the help of Helicopter for constructing a motorable road from Tibet Side. After a couple of hours hike up from Mu Monastery, one can view Tibetan Himalayan Ranges.

Local people, they traverse to Tibet for goods when the border is open for local. As a consequence, we can see Chinese Products on Tsum like cold drinks, alcoholic beverages, bakery items like cookies, tin meat, etc. In general, for those with enough period Tsum Valley Trek is highly recommended as well as it can be the best alternatives for people with elevation anxiety.