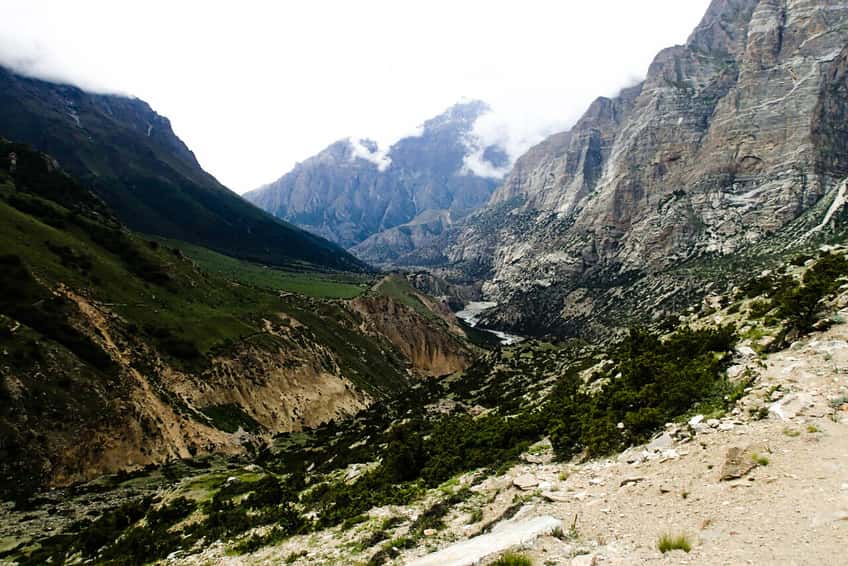 Right after a couple of months after tragedy hits Everest that had swipe more than fourteen climbers Annapurna Avalanche right beneath the top of Thorong La Pass that had already claim the life of 24 trekkers till late evening on 15th of October and according to the official news agency Snow blizzard Kill 12 in Annapurna Circuit 2014 Nepal 200 Still Missing.

As a consequence of hurricane on India weather of Nepal was affected and on last day of unexpected rainfall as well as snowfall strong avalanche hit the Annapurna Circuit Trek claiming the life of trekkers.

According to the news, five dead bodies are identified from the following nationality right now.

Trekking Agency Association of Nepal (TAAN)had already standby search and rescue operations with the number of helicopters. Numbers of trekkers are being rescued from risk zone we hope for the rapid recovery.

From local checkpoint and entry permits, more than five hundred trekkers had start traversing toward Mustang from Thorong Pass and two hundred fifty had made an entry on Muktinath so statically more than two hundred are missing on avalanche section with the number of unidentified Nepali.

It is still not sufficient time to collect exact information but according to most of the local agencies in the Nepali number of trekkers are missing on Kang-La Pass, Mustang and others.

Three local from Nar Phu VDC are missing who are on the high alpine area looking for yak and sheep, hope they are safe out there and make a retrace traversing through snowstorm and avalanche.

“2014 has not been good a year for Nepal’s trekking and mountaineering industry. An avalanche on Mount Everest in April killed 16 Sherpa and resulted in a near-complete halt to expeditions to the world’s highest peak during the spring season.”

The above source is from BBC see the link below to read the article.
Annapurna avalanche 2014

Due to the massive snowfall in Annapurna Circuit Trekking Region, the condition is even more complicated to evacuate although the dead body can be seen from the helicopter. The local news source says the evacuation will be normal from Thursday. At the elevation of 4500m Nepal, army evacuation force could see more than 30 dead bodies under the tent. Due to the bad weather condition the helicopter couldn’t land and rescue to them, the member from the Nepal army evacuation team says.