The global issue of climber nowadays is about the mountain being dangerously overcrowded for the expedition. A recent example is a traffic jam in Everest featured on the national geographic travel blog. An alternative to Reduce Traffic Jam on Everest Expedition Should be Identified Soon. 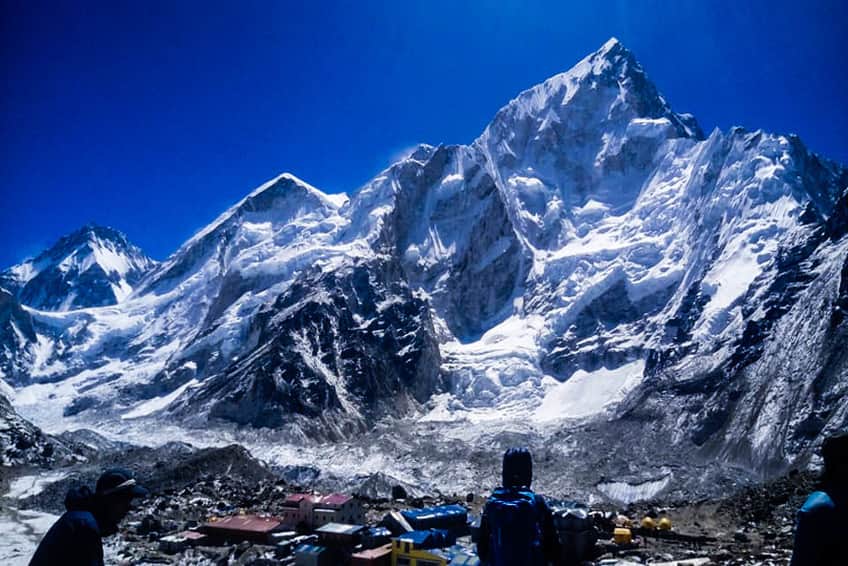 The world’s highest traffic jam was on way to scale Everest Summit’s main reason behind this is an increase in a successful attempt by the climbing team with development on the field of mountaineering. According to a census published by National Geographic 18% out total attempt for Everest Summit turnout successful in late 1990 whereas the percent of successful attempt increased more than three times in late 2012 resulting in 56 % of the successful summit attempts. Regardless of percentage on one single day in 2012 not less than 234 climbers scaled the summit of Everest, whereas in 1983 most successful ascend to the summit of Everest in one single day was eight.

What’s the experience of climber – what was the major bottleneck on Everest Expedition? Many climbers had pointed out the issue of waiting on the queue for at least two and a half hours on the way to Hillary Steps passing before reaching the south summit and actual summit of Mount Everest.

There was a people everywhere and entire Khumbu Valley no matter whether treks or expedition it is completely commercialized – Everything is being turned out or modify intended for western travelers. In general not only for Everest, even for other small peaks, but western people can also pay any amount in between $ 10,000 to $ 1,00,000 for the entire organization of expedition. This is the main region why mountains are commercialized intending for more western travelers – Said Ayesha Jesse, keen 31 years climber from London who had recently explored Everest Base Camp on 2013 May.

Here is a remarkable photograph by alpinist from German named Ralf Dujmovits that shows the long queue of the climber on the way up to Summit of Mount Everest on the climbing season of 2012.  Author of “The Last Hours on Everest” Graham Hoyland says – “It isn’t a wilderness experience – it’s a McDonald’s experience”.

A bottleneck of the entire expedition during Mount Everest, i.e. Hillary Step, should be replaced by installing a ladder. It was a suggestion from one expedition company operation expedition. However, classicists refuse and protest the idea of installing the ladder on the Hillary Step, as is directly reduce the significance of climbing. The main problems are only one person can climb or down at Hillary Steps.

Veteran Korean Climber – Song Young IL had blamed delays and long queues for summits for the number of deaths. Climbing partner of Song Young named Song Wong Bin was among four of his team members who died after waiting four hours to reach the summit allowing 300 climbers to pass by. We had to wait for four hours just 200 hundred meters below the summit we were snow blinded and couldn’t see anything said Song Young IL.

Nowadays the major issue is about the idea of reducing the number of climber per year on Everest with certain Limit so that expedition can be managed with ease reducing delay on the way to the summit. However, the number of people who refuse this idea and suggest instead of reducing the number of climber Nepal Government should implement other ideas to reduce jam and manage overcrowded Everest Expedition. Senior tourism official Mohan Krishna Sapkota said instead of decreasing the number of climber Nepal Government should look for alternatives of opening other peaks for an expedition in Nepal. According to Mohan Krishna Sapkota Nepal had around 1500-mountain peak however only 326 of them are open till this date for climbing. So Nepal Government should focus on opening more peaks and attract climber for new expedition instead of Mount Everest. No other mountain can be compared with Mount Everest, however, Nepal can offer some new climbing experience and caters more climber for the new unclimbed peak.

Focusing on Everest here is a chart published on the BBC website that compares the rise in the number of Everest Expedition and other factors related to Everest Expedition. Think about the experience of McDonald’s on Everest and think for some other off the beaten climbing peak and expedition in Nepal and that can be a different wilderness experience.